crowdfunding | Expansion Plans
The following is taken from ‘The Friends of Stansted Park’ Newsletter, with kind permission from Michael Prior, the Head Forester. 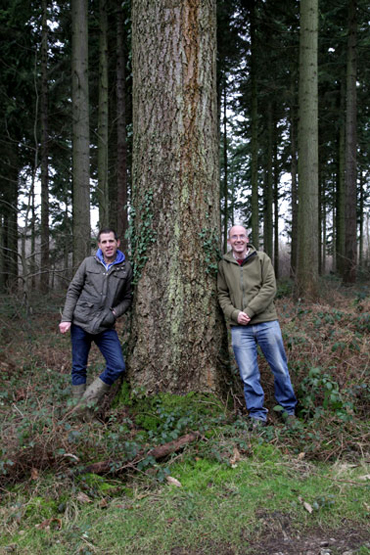 HEAD FORESTER’S NOTES – SPRING 2017
Those of you who have made a visit to the Stansted Park Garden Centre or to the Pavilion Tea Room recently will not have failed to notice the new Stansted Farm Shop, rising from its foundations, not far from the existing one. Part of the design of what promises to be an outstanding building calls for an exposed internal timber frame. This will be created from Douglas fir grown on the estate.
The trees have been felled and will be transported to our sawmill yard adjacent to the bio-barn, where they will be converted to the various sized posts and beams. These will then be transported by lorry to a specialist timber framing company who will create the frame and all its joints and fixtures, then take it apart for the return journey to Stansted, where they will erect it in its final form.
The trees I have chosen to provide this timber are in ‘compartment 8c’ which is a beautiful stand of yield class twenty-four Douglas fir that was planted in 1946 by the Women’s Timber Corps, or the ‘Lumberjills’ as they were known, the forestry version of the Women’s Land Army. It seems fitting that these past organisations, so inexorably linked with agriculture and land management, especially at a time before successive Government policies drove farming to change much of the British landscape, have a link through this project to the new farm shop where Fred and Sam are so passionate about good food, how it is produced and where it comes from.
Douglas fir produces an excellent timber from a beautiful tree and is one of my favourite commercial conifers. Douglas is one of the great trees of the world and, potentially, one of the tallest ever to grow, as one felled on Vancouver Island in 1895 was 128m tall. Trees in Washington State now are 85 – 90m high and have boles clear of branches for 60m. Its botanical name, ‘Pseudotsuga Menziesii’, celebrates Archibald Menzies, the surgeon – naturalist and the man who discovered it and brought foliage to Kew in 1793. The common name commemorates the great plant hunter, David Douglas, who sent the first seed in 1827. 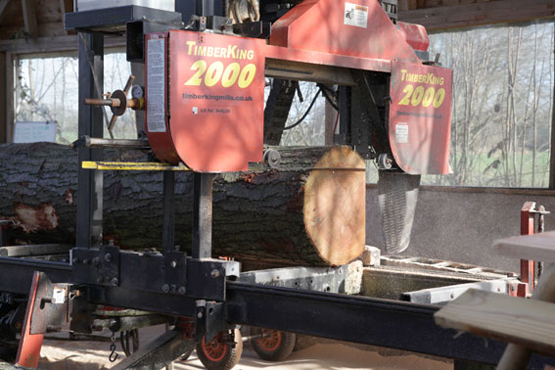 There are some truly impressive specimens across the country from these early plantings and the Rhinefield Ornamental Drive in the New Forest has some leviathans which were planted in 1859, when Rhinefield House was part of a landed estate